I tried exporting to IFC files, and it worked, including linked files! Consider:

After a few experiments, I adjusted the preferences as follows: 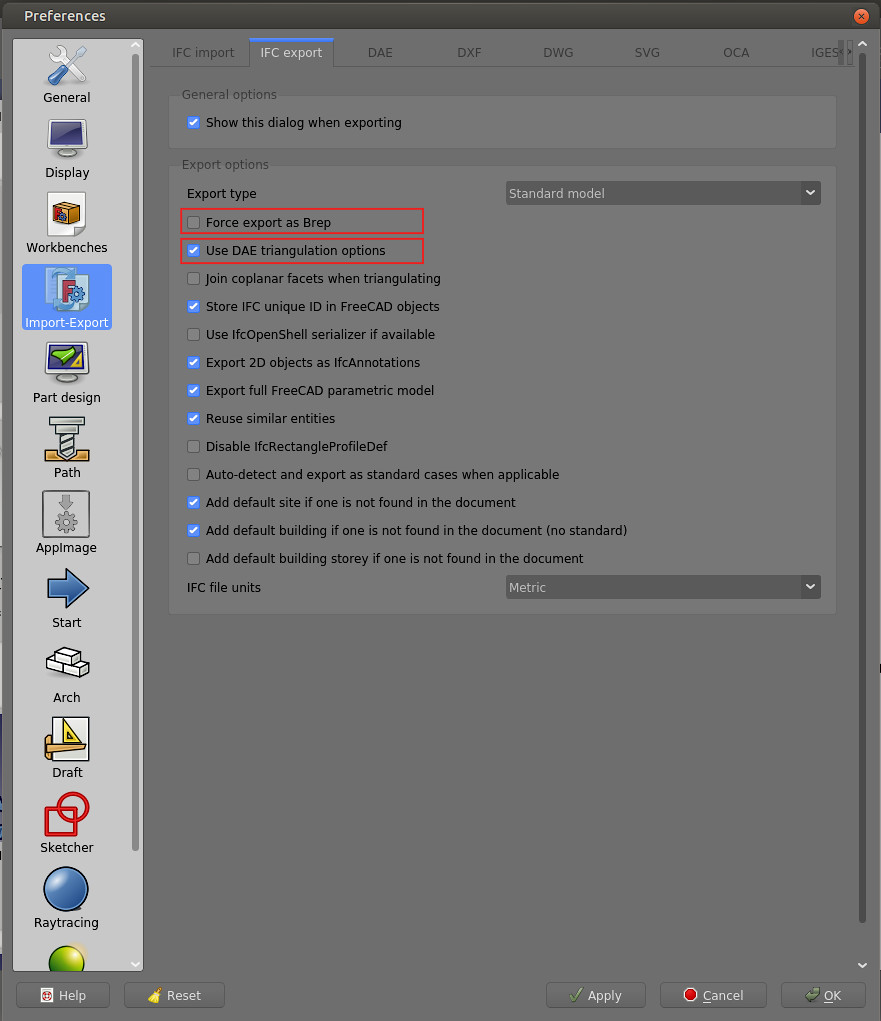 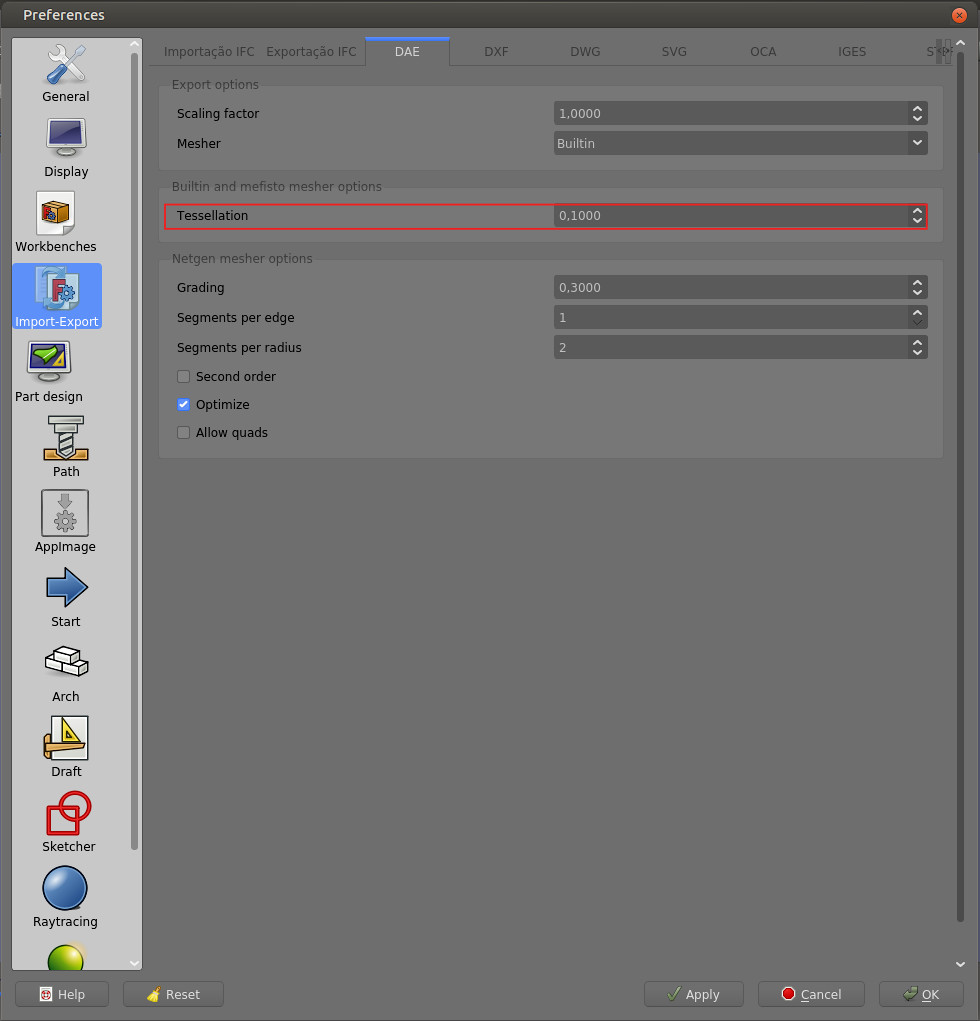 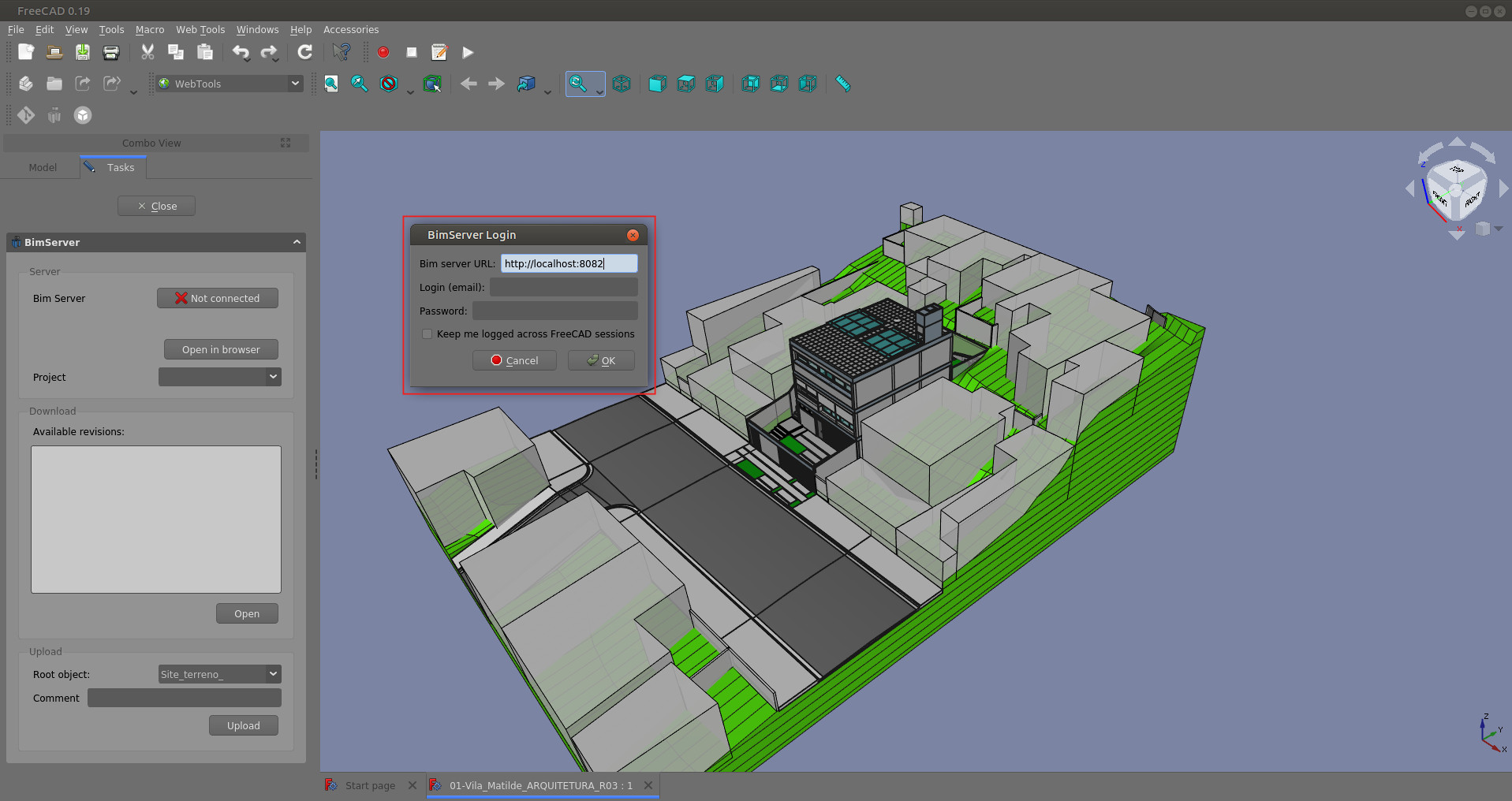 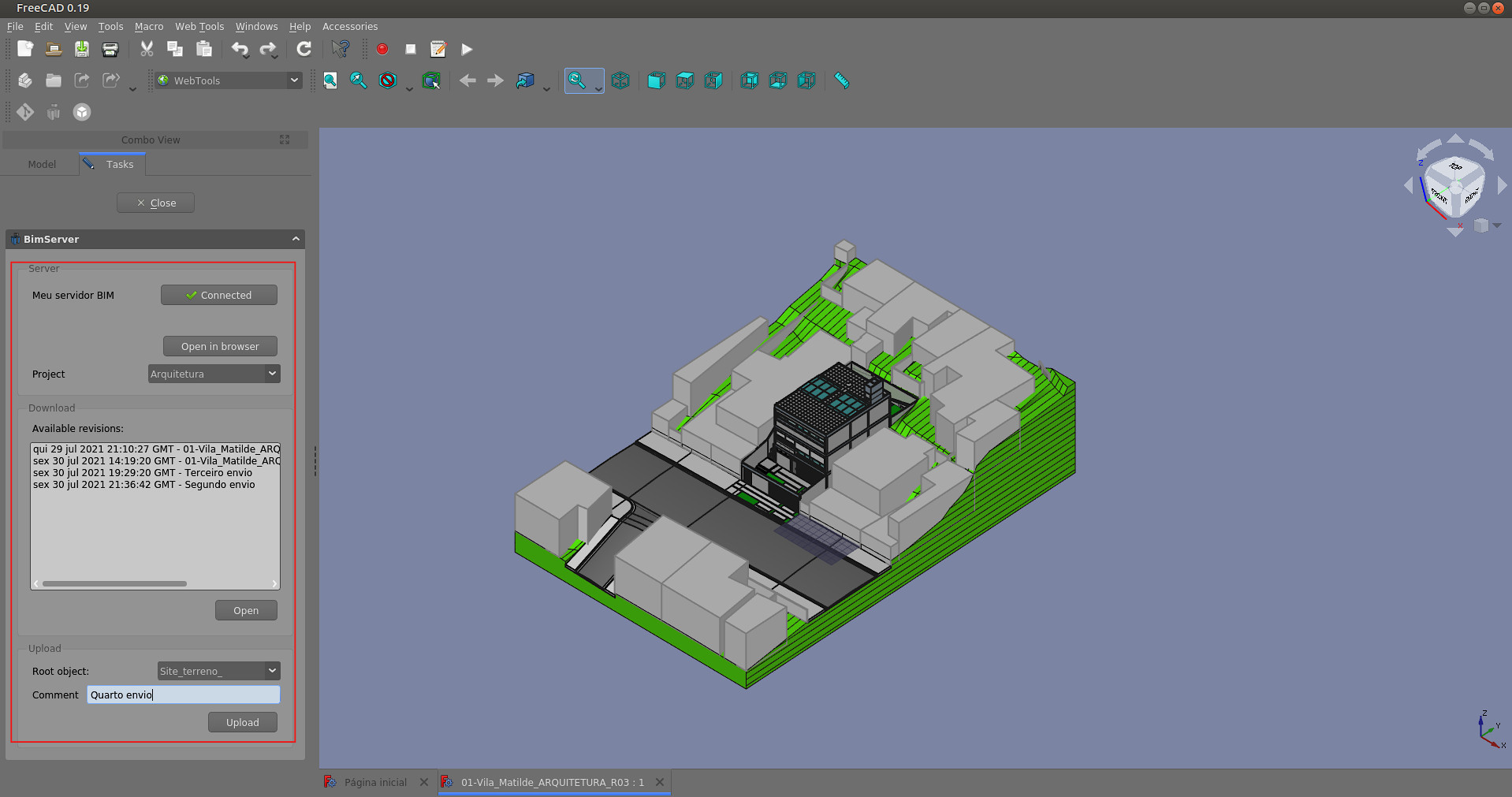 
After I saw your post about the IFCOpenShell viewer (https://forum.freecadweb.org/viewtopic.php?f=23&t=49484), I decided to test it too (figures 39 to 41). I finally imported the IFC files into Blender (Figure 42), which was fantastic as it kept the important information (scale, x, y, z positions and directions, floors, etc.), leaving only adjustments to generate the renderings.


Overall I thought we've come a long way in these matters, but if anyone can help with these issues I would appreciate it.

All that's left is to thank the fantastic work that people have been doing in the IFC area. 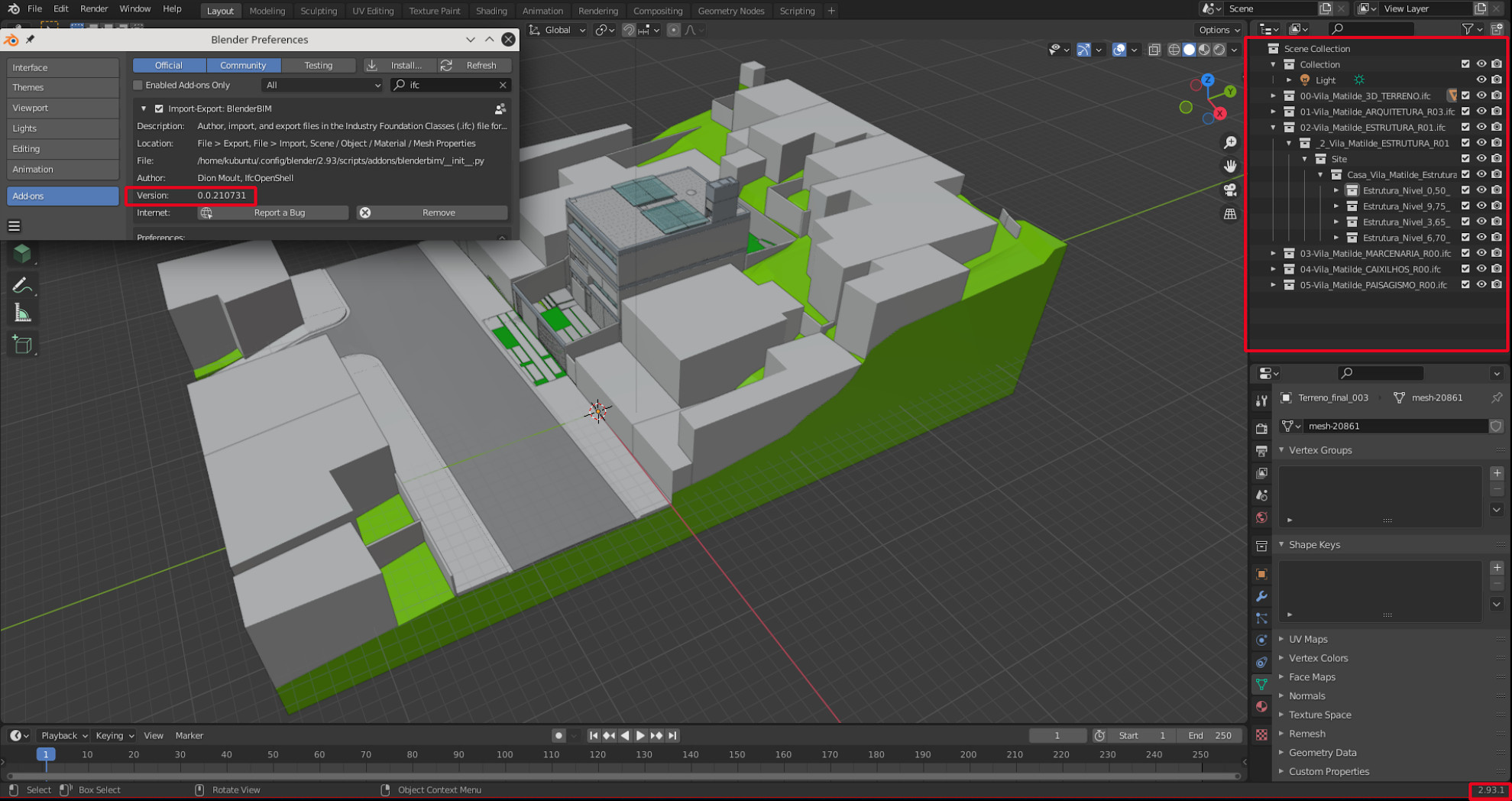 I noticed that figures 39 to 41 are repeated, is there a way to erase them?
Top

You can edit the post, go to Attachment Tab again, and remove the attached images as wished

Awesome ! There are several discussions about exporting IFC in the IFC sub-forum within the Draft, Arch & BIM forum. Some workflow, ifc visualisation software, bugs etc. were discussed.

I remember I try fixing use of Link in Windows in the model, but not sure if exporting IFC for Links of Windows is working. @bernd fixed a lot of IFC import/export problems

Maybe you can cross-post there for any issues you find / workaround for improvement.

BTW, does anyone know any free BIM server that performs analytics of any kind to test the BIMbots workbench?
Top

From the single file of the house, the linked files of each discipline were prepared, according to the description contained in the README of the templates available in BIM_#_Name_project_Templates.zip (https://forum.freecadweb.org/viewtopic. ... 2&start=10) and also to the following disciplines:

There are a lot to explore in this thread indeed

There could be a series of topics to be raised and discussed later systematically !

I look at previous discussion about use of Link / LinkGroup on the Opensource house [ LinkGroup ] Help, Wiki or Tutorial ? (Found I did not write which git version (0.19_pre) I used). Below is my understanding / testing of current capability -

Haven't dug out previous tests / tested how these Link / LinkGroup are supported in IFC export.